Brainstorming An Essay That Is Anything But Common 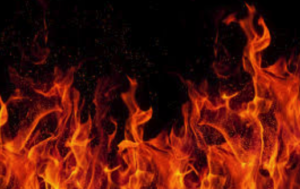 WILL YOUR ESSAY BE HOT, HOT, HOT?

Imagine that your house is on fire. We know you would save your family and pets, but what if…you have just enough time to run back inside to save one (only one) item: no time to deliberate. You rush inside and grab the first item you see, knowing that if you hesitate for even a second, both you AND that object won’t survive. You run back outside to safety, having saved a necklace that’s worth some money. Congrats.

But now let’s add a twist. Replay that scenario, except that before the fireman sends you back inside, he lists three choices for you:
1) a soup ladle  2) that necklace 3)the amulet given to you by your great, great grandfather (something generally considered irreplaceable, to be cherished and passed along, etc.)

It is probably pretty obvious which item you would choose because you had a choice. You were able to quickly rank the importance of the items and pick the one with the most meaning and significance, the family heirloom instead of something you could replace like a ladle or costume jewelry.

It is time to make the strongest choice! Don’t write an essay that is replaceable, make it unique. Make it mean something. Make it count!

Your essay is a one-time impression on an admissions committee. Much like saving an object from a burning fire, you have ONE opportunity to get it right. Imagine spending all those years on homework, projects, extracurricular activities, earning the position of “president” of clubs, achieving greatness in sports and music, only to end up putting together an application that does not show off the best of YOU?

We provided a link to a values-based exercise after our June meeting to help you understand what some of your top values may be. Unveiling these through the personal essay is important! Knowing your list of top values may help you build an essay that shows a bit of who you are and your value system-  in the form of a 500-650 word story.
You probably have many achievements, talents, and experiences to choose from- even if you cannot think of one right now. So how do you know which things to include on a shortlist? And how to prioritize them? You don’t want to write an essay that any admissions rep has already read before. 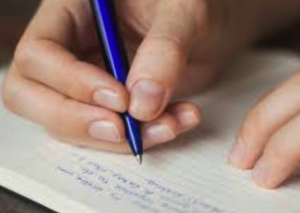 How do you get started?

1. Start by writing down your ten best assets:
And let’s define “assets” as achievements, talents, unique personal traits, life experiences, skills, etc. Some examples: Valedictorian; 4.0 GPA; All-State Athlete; President of NHS; 2nd Place in State Science Fair; Published Short Story; Summer Experience at Shipping Yard in Nova Scotia; Won Competition X for Trumpet; Fluent in six languages; Read two books per week; Is made up of fourteen distinct nationalities; Scored above 2100 on SAT; and so on.
Initially, you can make as long a list as you’d like, but ultimately pick the ten best (the ten most obvious, impressive, interesting ones according to his best judgment).
2. Now, rank this list.
Weigh the items according to which things YOU are personally most proud of, passionate about, etc. Then rank the items honestly from 1 to 10 (1 being your most cherished).
3. Now, in a separate column, assign one more grade (or “weight”), according to the following scale:
a. 1 point = No one else on Earth can lay claim to this.
b. 5 points = Very few students have achieved/done/experienced this.
c. 10 points = Many other applicants are likely to have achieved/done/experienced this.
d. 15 points = Virtually every competitive applicant will likely have some version of this.
4. Now, multiply both numbers
This is where it gets fun. Re-rank this “Final” list from lowest to highest number. Pay close attention to the TOP FIVE items on this list.
These are most likely the things you will want to broadcast most prominently to the college admissions committee. A beginning point for establishing your best essay.
5. Now, focus on the FIVE top results
At this point, you will have some ideas and a list of topics in order of WOW! These things can be used in the essay, in your activities list, and even during an interview. This is your best stuff!
It’s better to leave a college admissions committee with a sharp sense of a few things, rather than a fuzzy sense of many.
These are the things that make you stand out. This is what will make an admissions team say, “we want this kid on our campus.”

You can do this. We can help.