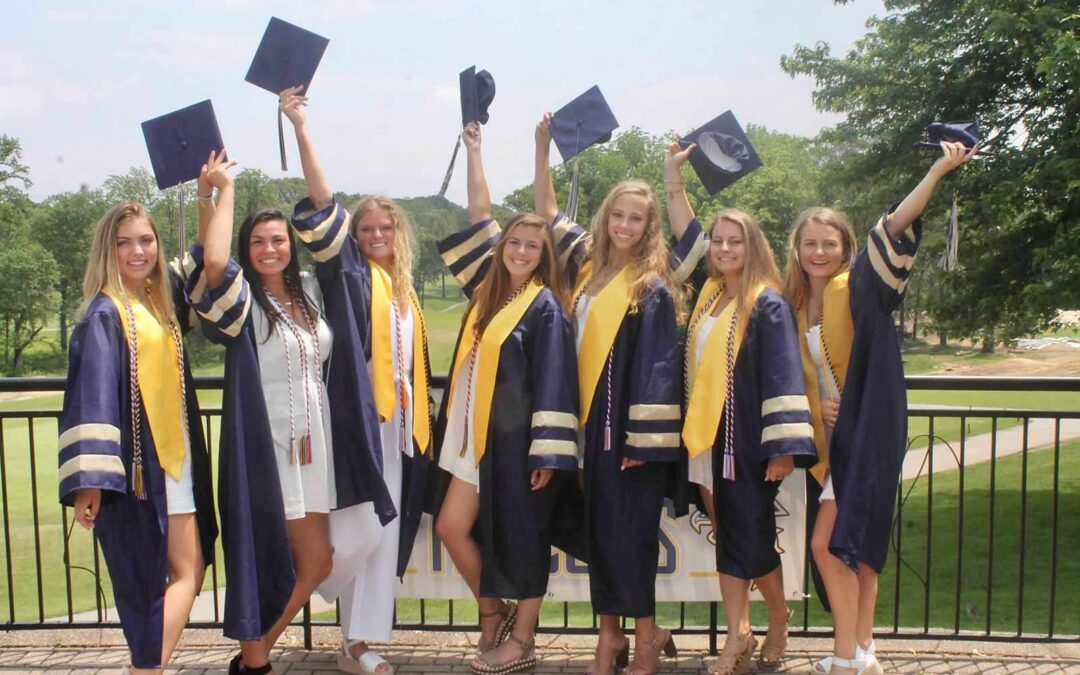 Think of your college application as a key to access. Whatever the situation, gaining access involves a deliberative, if not competitive, application process. The greater the demand, the higher the expectations attached to the person submitting the application.

The same is true when you apply to college. In fact, the timing and content of your application can mean very different things to different institutions according to the pressure they might feel to make fine distinctions between students in their respective candidate pools. Here are the types of admissions.

You’re probably familiar with “you are pre-approved” marketing pitches—and you might have even received such pitches from colleges. In other words, “apply now and you’re all set.” While the message might seem a bit incredulous, they are able to make such a determination based on your testing results and self-reported academic information. How? It’s not uncommon for colleges to buy lists of names of students who perform at certain levels on standardized tests or who participate in surveys administered by their schools.

Colleges making this pitch are relatively open or rolling in the admission process. Not faced with the need to make fine distinctions between qualified candidates, they will be aggressive in promoting “VIP” applications, “Fast Apps” and “Priority Apps,” often with related fee waivers. To gain admission, you simply need to submit an application that confirms your ability to complete the academic requirements at that college.

What does Rolling Admission mean for you?

There is a good chance you have already submitted an application or two to colleges with rolling admission as their application processes open in the summer before the Senior year and extend throughout the year until their enrollment goals are met. If so, you are likely to be in possession of an acceptance letter—congratulations! The terms of the acceptance will likely require an enrollment deposit (refundable) within 30 days. If so, make sure you receive confirmation of any necessary financial aid before submitting your deposit.

Colleges and universities that anticipate many more applications from qualified candidates than they can admit (the more exclusive offers) tend to be deadline-driven in their selection processes. By holding applications for review after a given set of deadlines, an institution is able to exercise more control in making fine distinctions between qualified candidates. And, yes, the application requirements for selective institutions tend to involve a more stringent set of criteria.

The challenge to colleges with deadline-driven processes involves managing the yield on their offers of admission. Having applied successfully to other colleges, many of their applicants will have options elsewhere. The resulting uncertainty about yield on offers of admission, along with a desire to maintain high levels of selectivity, has prompted many institutions to engage in incremental reviews of candidates.

Selective institutions offer application options early in the process for students who are ready to commit to enrollment if accepted (ED), or for those who want an early assessment of their applications without a commitment to enroll (EA). The incremental selection processes enable admission committees to manage large candidate pools and to admit high-yield students ahead of the much lower-yielding Regular admission process.

What does Deadline-driven Admission mean for you?

The mix of application deadlines you are encountering has the effect of creating a lot of moving parts which can be disconcerting on top of the other distractions of the Senior year. Your ability to stay focused while managing priorities and deadlines will go a long way to determining your overall success as a college applicant.

If you are applying to a well-defined list of colleges, you would be wise to target submission of your applications 7-10 days ahead of posted deadlines simply to avoid the avalanche of materials that will overwhelm admission offices at the deadlines.

Should one of those colleges emerge as your absolute first choice—and you have resolved all possible contingencies—then you might consider applying for Early Decision. If you are prepared to commit to enroll if accepted, you can increase your chances of acceptance by 20-25% as an ED candidate at most institutions. Just remember, though, to withdraw all other outstanding applications if admitted ED somewhere.

While applying Early Action will not measurably improve your chances of admission, knowing your status at the EA college should give you peace of mind that will enable you to move forward with greater confidence. You may apply EA to as many colleges as you’d like unless one of them offers a “single-choice, Early Action” option that restricts you to EA at that college only.

We’ve already established that you are making a commitment to enroll if you are accepted in the ED round.  The lesser options are deferral and denial. If you are denied, it’s “game over.” Don’t look for a second chance or an appealing opportunity. It’s time to start pursuing other options.

A deferral means your credentials will be reviewed again in the Regular admission process. They were good enough to get you into the competition, but not strong enough to warrant acceptance in the ED process. If you are able to show improvement in your academic or testing record, you might be admitted later.

In the case of either deferral or denial, you become a “free agent,” eligible to maintain other Regular decision applications and, conceivably, apply ED at a college that has become your new first choice.

And don’t be surprised if admission officers at colleges to which you have applied Regular decision—or have been accepted EA—approach you in the coming weeks about converting your application to ED Round Two. The conversation reveals the desire of the institution to improve its yield on offers of admission—and you represent a “high yield” opportunity! That said, the rules with regard to commitment remain the same, so you must be prepared to forego other offers of admission, including EA, if admitted as an ED Round Two candidate.

Despite the allure of Early Decision, there are times when it just doesn’t work out. Most of those scenarios are financially rooted. Despite the fact that matters of cost and affordability should be fully resolved before an ED application is submitted, it doesn’t always work that way. If you find yourself accepted through an ED program with a commitment you can, despite your best and most sincere efforts, no longer fulfill, you will likely be expected to completely withdraw your application from that college.

It should be further noted that the ED commitment is not contractual or legal in nature. The ED statement does require signed acknowledgments from you, one of your parents, and your college advisor showing that you understand and will honor the moral and ethical commitment to enroll if accepted. If an admission office senses a lack of sincerity on the part of an accepted ED candidate who subsequently withdraws, the legacy of his/her decision will rest with the high school. Candidates engaging dishonorably make it harder for admission officers at the college to regard future applicants from the same school with confidence. Make yours a positive and proud legacy!

The marketing pitches, the Common Application®, and the countless fee-waiver offer you’ll hear from colleges make it easy to add a few more applications to your list—“just to see if I can get in.”

That said, you would be wise to apply only to colleges that make sense to you. So, how many colleges should you target with applications? If you care about doing a good job with your applications, eight is a good number. That list would include:

If you have the discipline to manage your list in this manner, you put yourself in a better position to achieve the outcomes you desire. Applying to more than eight colleges is certainly possible but it is not likely to be as productive as you think. And remember, admission officers, are really good at discerning the difference between applications from “strangers”—applications that are whimsically submitted—and those that come from candidates who are thoughtfully intentional about their submissions. You don’t want to be regarded as a stranger! 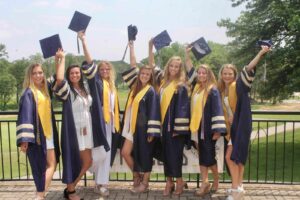 My daughter and friends. SPHS 2019